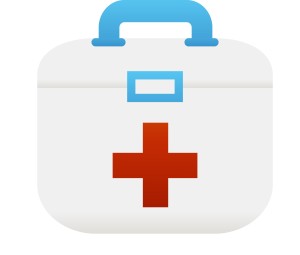 For years, children and adults alike have enjoyed the challenge and fun associated with BB gun use. Unfortunately for many children, a BB gun is the weapon – yes weapon – that causes significant injuries including but not limited to eye injuries.  It has been reported that the pumping of a BB gun can lead to the velocity of the BB pellet similar to a .22 gauge handgun.  As such, the velocity and force of a BB gun pellet shot can go through the eye and cause a serious eye injury in the form of a retinal detachment.  There is an old saying, “Be careful or you will lose an eye.”  There is even a famous movie that centers around a child’s wish just to have that special BB gun delivered.  A Christmas Story is a great comedy and sure enough the child suffers a minor injury from the BB gun.   However, when a child suffers a serious injury as a result of the use or misuse of a BB gun, this is no laughing matter.  For some of these children, vision is affected for life.

Can a claim or lawsuit be filed or pursued for a BB gun victim?  The answer is it depends.  Let’s say a 6 year old child is playing at a friend’s house. The friend takes a BB gun from the house and goes outside to shoot at trees and other objects.  While playing with the BB gun without protective gear or adult supervision, the 6 year old visitor suffers an eye injury from the BB gun.
The parents of the 6 year old were not aware that BB gun play would be one of the activities and most certainly would have said no to the use of BB gun around the 6 year old child.   Under this general fact pattern, a case or claim could be brought against the parents of the child who shot the BB gun.   In most states, there is no requirement to show that the conduct was intentional in order to pursue a civil case.   The standard of proof is more related to negligence and carelessness rather than the malicious intent to harm the child.  It should be noted that some homeowner’s insurance policies would provide coverage for such an event while other policies may exclude such an incident for coverage.
Due to the immaturity and lack of good safety judgment with small children, BB guns should be kept  out of their hands.  Certainly, if a parent allows a child to use a BB gun, safety precautions should be taken in the form of safe area to shoot the pellets, protective eye gear, and constant / attentive adult supervision at ALL TIMES.  It is important that parents and others in possession of a BB gun keep the gun locked up and out of the reach of children.  For those parents or entities permitting BB gun use, strict rules should be followed at all times.  You can read more about this issues and problems with BB gun use and personal injuries at BB Guns to Blame for Eye Injury Spike.
The book titled – The ABCs of Child Injury – Legal Rights of the Injured Child – What Every Parent Should Know – has chapters on Homeowner’s Insurance and Injuries, Shopping Center Injuries, Playground Injuries, and other topics. You can get this book for free at The ABCs of Child Injury.