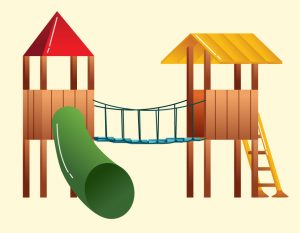 Day care centers are commonly used by a families in need of child care due to work or personal commitments.  There are millions of single parent households and dual income households which necessitate the use of day care centers / child care centers to supervise children during the work day.  When a parent or guardian checks their child in to a day care center, they are putting their trust in a facility that should be trustworthy. The day care should be providing an environment which is safe and comforting for the parent, consisting of abundant supervision. It is reasonable for parents and guardians to expect that a day care center will provide a safe, loving, and educational environment for their children.  Personal injuries result from carelessness, negligence, and just a lack of common sense in many instances in day care centers.  Furthermore, some injuries result from intentional acts and let’s face it – just the shear stupidity of some child care providers who, at times, put their own interests ahead of those of the children.   In New Jersey, it was reported that two day care workers were encouraged and filmed a  Fight Club type of activity with the children enrolled in the day care center. Certainly, it is careless and reckless to encourage children to fight at a day care center or any other school or summer camp.

There are four elements that must be established for a strong claim against a day care center:

In this scenario of the Fight Club incidents, these four elements can be established as follows: The duty of the day care must be established, which includes providing a reasonably safe environment. Then, a breach of duty must have had occurred in the incident, in this case straightforwardly allowing and encouraging the danger to occur. Because of this breach of duty, injuries were caused, which resulted in damages such as trauma to the children and medical bills, including therapy, to name a few.

If a family has been affected by an incident in which their child was injured while under the supervision of a day care center, it is very beneficial for the family to contact a Florida Child Injury Lawyer in order to obtain guidance, advice, and legal representation. David Wolf is a personal injury attorney, who is determined to give a voice to injured children. David Wolf handles cases of child injury and can help if your child has experienced a day care injury. He is the author of 11 books including the book titled The ABCs of Child Injury – Legal Rights of the Injured Child – What Every Parent Should Know.  You can this book for free at The ABCs of Child Injury.  Contact attorney David Wolf for a Free Consultation on any personal injury, such as a day care center injury.