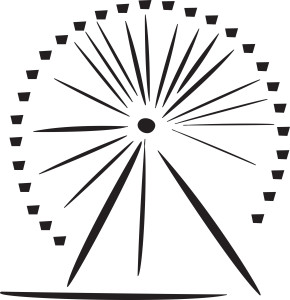 During the summer months and other times of the year, amusement parks and theme parks are packed with guests.  For most, the day or evening at the theme park or amusement park is filled with good times, fast but great tasting food, and fun rides.  For some guests, the day or night at the theme park or amusement park is one filled with personal injuries or even the untimely and tragic death of a guest or rider.  There are risks inherent with any activity; however, amusement park and theme park rides should be sound from an engineering and mechanical standpoint.  It is also important the the theme park and amusement park is properly staff with individuals who are trained and otherwise dedicated to the job.  Unfortunately, some theme parks or amusement parks are staffed with low paying employees who are not very motivated to do a good job.  Furthermore, there is a certain boredom or montony with the task of running a ride over and over again. It is the same task.  The work can be quite dull and this, in turn, can distract the ride operator into some daydreaming, sleep, and other distractions like mobile phone use.  Some ride operators mayy even under the influence of drugs or alcohol just to get through the shift.
When a person is injured at a theme park or amusement park, there are many questions or issues sthat arise including but not limited to the following:
When was the ride last inspected by the amusement park or theme park?
When was the ride last inspected by the state or regulatory agency in charge of overseeing amusement park or theme park rides?
When was the ride originally designed from an engineering standpoint?
What safety measures were provided in the design?
Were there any additional safety measures that could have been added to the ride?
Was video surveillance in place at the time of the incident or event?
How many ride operators were in place?
What were the manufacturer recommendations for the ride as to set up, safety measures, ride capacity, weight, and inspection?
Where there any mechcanical defects in the ride?
What was the repair or maintenance history for this ride?
Had other riders or guests be injured on this ride or a similar ride in the past?
If a person is injured as a guest or rider at a theme park or amusement park, the property owner or management company is not automatically liable for the personal injuries or death of the guests.  In order to pursue a case or claim, one or more of the following must be shown or proved by the presentation of evidence to support the same:
There was a mechanical defect in the ride that the theme park or amusement park knew or should have known about.
There was a mechanical defect in the ride due to improper or insufficient maintenace and inspection.
The ride was unsafe for use at the time of the incident and action should have been taken to restrict or close down the ride.
There was an engineering or design problem with the ride that caused or contributed to the personal injuries or death of the guest or rider.
There was a lack of proper supervision by the ride operator that cause or contributed to the personal injuries or death of the guest or rider.
Cases involving theme park or amusement park related personal injuries or deaths can be quite complicated and technical.  Because of this, it is important for the injured guest / rider OR the family of the injured guest / rider to contact a Personal Injury Lawyer for advice, consultation, guidance, and when appropriate legal representation.