By David A. Wolf, Attorney 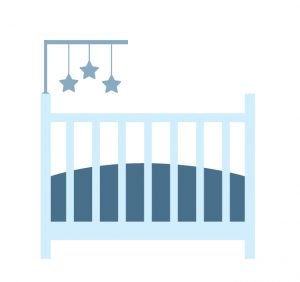 In Virginia and other states, many parents rely upon day care centers to watch over their children during the work day.  Many such day care centers are connected to or affiliated with a church or religious institution. Unfortunately in many states, there are limited to no government oversight of religious or church run day care centers because there are loopholes and exemptions in state law that opt a church run or religious day care center out of the applicable day care center regulations.  As such, many day care centers go unregulated and often engage in negligent or dangerous behavior due to the lack of training and government oversight of the facility.  As such, many church run or religious based day care centers may seem safe and well run on the outside are actually riddled with dangers and risks on the inside.
When you consider the story of Betsy Cummings and her son, Dylan Jayden Cummings, you should have a greater appreciation of the risks and dangers of exempting church run and religious based day care centers from applicable child care regulations.  On the third day of day care, Dylan was rushed to a local hospital by paramedics from the church run day care center which he mother had entrusted his care.  Initially, Betsy Cummings, who was in the U.S. Navy, at the time thought that the emergency may have been an unfortunate and unpreventable medical complication.  As she learned more, it became apparent to her that her son who died from Sudden Infant Death Syndrome (SIDS) was the victim of neglect in a day care center that put him at significant risk during nap time or sleeping time.  It was reported that Dylan was put to sleep face down in an area that had loose shits and a non-standard mattress in a room with poor ventilation. According to a number of pediatric studies, positioning an infant on his stomach on a soft sleeping area is a recipe for danger and, in many instances, the tragic and preventable death of an infant.  once the facts were brought out, criminal charges were brought against the caregivers. You can read more about this story and the efforts of Betsy Cummings to change the law and to warn parents of the dangers of exempting church run day care centers from regulations at Mother Crusades for Regulations and Safer Day Care Centers in Virginia.
In most states, there are specific regulations for sleeping and napping protocols.  While one may think that a child is safest in a day care center during nap time, this is quite far from the truth and the dangers at sleep and nap time especially to infants.  It should further be noted that sleep and nap time is not the time period for staff members to have a quick snack, catch up on texts and e-mails, or to take a nap or break themselves.  It is important for staff members to be present in the same room as sleeping infants and children and make sure that the children are properly positioned, that all loose sheets and toys are removed from the sleeping area, and to react immediately if there are any indicators that an infant or child is compromised or having any difficulties breathing in any manner.
David Wolf is the author of 10 books including the books – The ABCs of Child Injury – Legal Rights of the Injured Child – What Every Parent Should Know – and the book titled – When the Wheels Stop Spinning – Legal Rights of the Injured Child – What Parents Need to Know After the Accident.  He has handled cases on behalf of injured children and their families throughout his 26 year legal career including those involving day care center neglect, abuse, wrongful death, and SIDS (Sudden Infant Death Syndrome).
If you have a questions about a child injury or day care center issue, contact David Wolf for a Free Consultation. He is available days, nights, and weekends to answer your questions. You can also get a free copy of one or more of the books written by David Wolf by completing the form on the Contact Us Page of this Website.  Contact David Wolf an attorney who will be On Your Side – At Your Side.