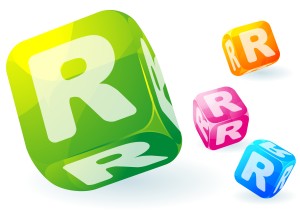 In New York and other states, there is a nightmare that parents have experienced with a day care center.   The nightmare has a common time line.  Here is is:
Parent drops off a health child to the day care center and then goes off to work; and
Parent receives a call OR returns to the day care center to learn that the child died.
A literal nightmare is one that you can wake from.   A nightmare with the above fact pattern is one that is quite real and will affect the parent for every day for the resent of the parent’s life.   Many questions arise when a child dies at a day care center including the following:
What care was provided prior to the time of finding the child dead or in distress?
What food and fluids were provided to the child at the day care center?
When was the last time that a staff member checked on the child?
What sleeping or napping arrangements were in place for the child?
How many children were in the care of the staff members at the time of the incident?
Was the incident leading up to the death or distress of the child observable, foreseeable, or preventable?
Some incidents involving the death of a child take place at an unlicensed day care center where there is no oversight by government authorities.   Standards are typically not met or even known about by the staff members.  Training is minimal to non-existent.   Simple child care knowledge is lacking like keeping an infant on a flat hard surface during sleep time WITHOUT blankets, pillows, or stuffed animals.   That’s right, one fluffy stuffed animal can be a death trap for an infant who rolls over on the stuffed animal and is suffocated during sleep time or nap time.
A recent incident was reported in Soho (New York City, New York) at a day care center where a 3 month old boy died.  As a result of the incident, an autopsy will be performed.  The licensing authority shortly after the incident shut down the facility.  Certainly, the death of a child at a day care center is a shocking incident for all involved especially the parents. The loss also takes a toll on other family members, neighbors, friends, and the community in general. A life is lost.  But why? Was there anything that could have been done to prevent this tragedy?  The forensic information from the autopsy and information obtained from investigators will hopefully bring forth some answers to how this incident happened.  Certainly, no bit of information or evidence for that matter will return the child to the parents.
What actions should a parent take when a child dies at a day care center?  Well, this is a tough question to answer.  Certain actions will be taken in most cases. An autopsy will be performed.  The agency in charge of day care center oversight will conduct an investigation whether the facility was licensed or unlicensed.  Many states require the immediate shut down of a facility when there is a death under questionable circumstances.  Staff member actions and files will be reviewed.   Parents should seek support and guidance from grief counselors, clergy, other family members, and yes, attorneys.   It is important the the legal rights of the child and the parents are well preserved and protected.
The book titled – The ABCs of Child Injury – Legal Rights of the Injured Child – What Every Parent Should Know – has chapters on Day Care Center Injuries, School Injuries, Playground Injuries, and other topics. You can get this book for free at The ABCs of Child Injury.