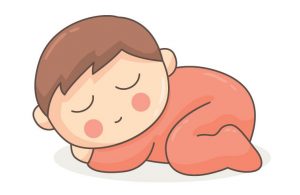 An incident out of Tennessee demonstrates how something as peaceful and innocent as nap time can quickly turn injurious. It was reported that a nine-month-old baby was found sweating profusely and tied up by a sheet in a pack n’ play crib at his daycare center. The day care reportedly indicated that it used the blanket to restrain the infant during nap time, in order to prevent the baby from “wallowing” around while he slept. According to the news reports, use of a blanket in the sleeping quarters of a baby violates existing safety procedures in place at day cares. The Department of Human Services found other infants napping at this day care covered in blankets upon investigating the center after the parents of the nine-month-old reported the incident.

Events like these must be taken seriously because of the dangers bedding presents to small children. According to the Consumer Product Safety Commission, blankets and pillows present special risks to babies that they do not present to adults or even older children. For example, an average of thirty-two babies die each year from pillows because of the suffocation risk they present. Pillows can block the nose and mouth of a baby, who unlike an adult or an older child, may not be able to move or roll over to get oxygen. Accordingly, pillows are not recommended for children under one and a half years of age. Blankets and toys present a similar risk as well as the additional risk of becoming wrapped around a child’s neck. Use of pillows, blankets, and toys also create a cluttered sleeping space for a baby; studies show a cluttered sleeping space increases the risk of Sudden Infant Death Syndrome, also known as SIDS, which causes infants to pass away in their sleep. Thus, practicing safe sleep techniques with infants is critical. See Consumer Product Safety Commission – Safe Sleeping Tips.

In the event that tragedy strikes and a baby sustains injuries or even dies from unsafe sleep practices at a childcare center, the parents or guardians of the infant will likely be able to sustain a legal cause of action. Because childcare providers owe a duty of care to the kids under their supervision, an injury caused by the providers’ negligence or reckless conduct may permit the parents of an injured child to recover damages from the childcare provider and / or the corporation that employs the childcare provider. However, every case is different, so parents experiencing this ordeal should consult with an experienced Child Injury Attorney to receive personalized advice about the specific facts and relevant laws of their case.

There are essentially four elements to a legal case:  1. Duty; 2. Breach of Duty; 3. Causation; and 4. Damages.  Let’s review an example of a case that was actually pursued against a day care center.  A day care center cared for a child who was 6 months old.  The child was placed on the floor with a pillow and other soft objects. The child fell asleep and the day care center supervisor went on to complete other tasks in other parts of the day care center.  The child was left alone for 15 minutes or more.  When the child care provider went back to check on the child, the child was not breathing and had turned blue in color.  The child died as a result of unsafe sleep practices and essentially suffocated.  One or more soft objects, while cuddly and cute, can be quite dangerous to an infant.

David Wolf is a child injury attorney and child safety advocate.  He is the author of 11 books that focus on personal injury matters including the book titled – The ABCs of Child Injury – Legal Rights of the Injured Child – What Every Parent Should Know has chapters on Day Care Center Injuries, School Injuries, Auto Accidents, and other topics. You can get this book for free at The ABCs of Child Injury.