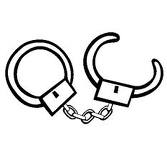 According to police, an investigation of an alleged sex offense at a privately run New York day care center has led to criminal charges against a 15-year-old. Chief Roland Nenni said that the youth was charged with first-degree sexual abuse and endangering the welfare of a child. The alleged incident occurred at the day care center on East Park Street in Orleans County within the past year. The investigation was completed with the help of the Orleans County District Attorney’s Office, the state of Office of Children and Family Services and the Justice for Children Advocacy Center. No information about the perpetrators identity has been released due to his status as a juvenile offender, said Nenni.

According to a new study commissioned by the Justice Department, more than one third of sex crimes against juveniles are committed by juveniles. The study by the Crimes Against Children Research Center at the University of New Hampshire showed that juveniles account for 36 percent of all sex offenders who victimize children; seven out of eight juvenile offenders are at least 12 years-old and 93 percent are boys. The author of the study, David Finkelhor said that juvenile offenders are different from adult sex offenders because they are more likely to commit sex offenses in groups, and their victims are more likely to be young males. For more information on this topic, see Study: Many sex offenders are kids themselves and 15-year-old charged with sex offense at daycare center.