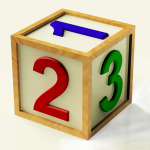 Here is a simple but important question:  Should day care centers provide constant care and supervision during sleep time or nap time?  The answer to this question is Absolutely Yes!   That’s right the answer has an exclamation point at the end because it is so important that child care centers and day care centers have trained staff in place that recognize the risk and dangers during nap time and sleep time for infants and toddlers.   Without any child of child care training, one would think that the safest place for a child or a baby is in a crib during sleep time.  The truth is that many children every year suffer personal injuries and even die during sleep or nap time due to inadequate supervision, improper sleep position, and the presence of blankets, stuffed animals and other soft objects left in the crib or sleeping area.

In Webster Groves, Missouri, a child care facility was cited by the State of Missouri for several violations following the reported death of an invent who was provided a weighted blanket during nap time.  The Webster Child Care Center is licensed for 165 children. Owen Haber was 7 months old when he was being cared for at the Webster Child Care Center.  Itr was reported that Owen was provided with a weighted blanket but his parents were not informed of the use of a weighted blanket.  It was reported that the State Regulatory Report indicated at Owen rolled over on his abdomen during nap time but he was not re-positioned.  There was an autopsy performed and the cause of death was determined to be SIDS (Sudden Infant Death Syndrome).   In the State Regulatory Report, it was indicated that the blanket may not have had a role in the death of this 7 month old child.   The investigation revealed that the blanket weighed 4 pounds 8 ounces.  State Regulators in Missouri have not banned the use of weighted blankets during sleep time for infants and toddlers; however, many child safety experts and medical providers would support a ban if one was put in place.

Simply stated, having a weighted blanket as a sleep tool or aid can lead and does lead to serious personal injuries and death.   The tragic story of Owen Haber shows the importance of training, education, and, yes, detailed state regulations for day care centers related to the monitoring of infants and toddlers during sleep time.   Of course, the facility – Webster Child Care Center – is entitled to legal representation to defend itself against allegations of improper care by the parents and / or the State of Missouri.  In cases involving the death of a child, there are often opposing opinions as to the cause and preventability of death from very educated experts.  You can read more about this matter at State of Missouri Seeks to Place Day Care Center in Webster Grove on Probation for One Year.  You can read further commentary from a sleep expert about this incident and the use of weighted blankets at Infant Death at Child Care Raises Concerns About Weighted Blankets.