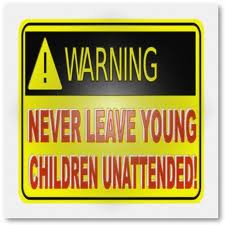 In Star County, Texas a two-year-old girl suffered burn injuries when her parents left her unattended in a bath tub. Her mother, Carolyn Garza has been charged with injury to a child by omission. Her husband, the toddler’s stepfather, Jesus Alberto Lerma has also been charged for negligence. The toddler was taken to San Antonio Hospital and treated for burns. She has since been placed in the care of another family member. The parents claim it was an accident and blame a faulty water heater.

The Starr County sheriff’s deputies are not taking this incident lightly. The Department of Family and Protective Services have become involved in the investigation. The department’s spokesman, John Lennan said “it’s very important for parents or caretakers to properly supervise their children at all times, especially in the younger ages, because those children may not have the physical ability or the mental ability or the developed skill set to be able to remove themselves from that negative situation.”

Lennan also said that child negligence or neglectful supervision is the category that CPS investigates most. According to Lennan, the definition of neglectful supervision includes: “Placing the child in a situation that a reasonable person would realize requires judgment or actions beyond the child’s level of maturity and that could result in substantial harm to the child.”

The toddler’s mother and stepfather could face jail time if found guilty. Injury to child by omission is a first-degree felony. However, police point out that this very well could have been an accident. When caring for a child, an accident with deadly consequences could happen in a blink of an eye. For more information on this topic, see Starr County couple arrested after girl burned by hot water.

The mother and stepfather will be entitled to representation by a Texas criminal defense lawyer or the public defender’s office. There may be more details to the story that were not reported. Whether a crime was deemed to be committed or not, it is clear that bathtubs and hot water pose a risk of serious personal injury to children and that adult supervision of children is key during bathing time.