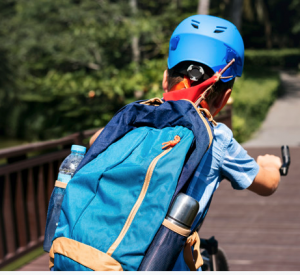 In communities throughout the United States, school aged children are riding bikes to schools, parks, and other destinations without wearing a helmet.  For some kids, helmets may be considered not so cool or somewhat of an inconvenience.  For parents, making a child wear a helmet is just another argument to avoid.  While there can be some hassles along the way, it important for children and adults alike to wear a helmet while riding a bicycle. It is just as important to wear a helmet during a short ride as it is for a longer ride.  An accident or crash can take place at any time and even as close as a child’s own neighborhood or driveway.

Recently in Kentucky, lawmakers have proposed a bill that would require children ages 12 and under to wear helmets. The senators behind the bill claim that they intend to protect children and make bike riding a safer activity for more people to enjoy. According to patient educators in Owensboro Kentucky, brain injuries are the most serious common injuries associated with biking accidents. The bill is also lenient in that it will give courtesy warnings to children and their parents on the first offense. The concept behind the bill is that enforcing helmet wearing on bikes at young ages will increase helmet wearing as children grow into adults.

Efforts such as those being made in Kentucky are occurring all over the united states as the protection against head trauma grows more serious a concern. According to the World Health organization, injuries to the head or neck are the main cause of death and disability in motorcycle and bicycle accidents. With many parents opting to let their child ride a bicycle from a young age it is imperative that one considers having their child wear a helmet. Almost 50 thousand bicyclists were hit by cars in 2013 and one of those accidents could be your child when you least expect it. With many children commuting to their school via bike, a conversation over the effectiveness of bike lanes, simple traffic rules, and the requirement of a helmet can significantly reduce the chance of a bad accident occurring.

END_OF_DOCUMENT_TOKEN_TO_BE_REPLACED

In Georgia and other States, children are the unfortunate victims of bicycle and automobile accidents. If a child is struck by a car while riding a bicycle, there are a number of factors that are considered by a Georgia Child Injury Lawyer in evaluating the possible claim or case. The elements of a Georgia Bicycle Personal Injury Case are as follows:

END_OF_DOCUMENT_TOKEN_TO_BE_REPLACED 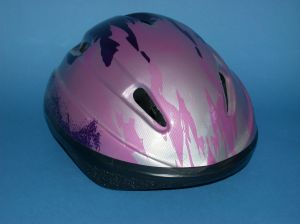 In Alaska and other States, children are, at times, the unfortunate victims of bicycle accidents. Some children suffer only minor injuries while others suffer significant injuries. Some children even lose their lives as a result of a bicycle accident. It is important that every child form the habit of always wearing a bicycle helmet when riding a bicycle. Whether the child is merely riding around in the driveway or going on a longer bicycle ride, a helmet should always be worn. A child can be injured in a driveway as easy as a parking lot, roadway, sidewalk, or park. The use of a helmet is vital for a child’s safety. When there is a bicycle accident that leads to injury, one of the first questions asked by the police, medical providers, and attorneys is the following question:

END_OF_DOCUMENT_TOKEN_TO_BE_REPLACED

Education is key to the success and future of a child.  Unfortunately, personal injuries resulting from bicycle, pedestrian, or automobile accidents tend to interfere with school attendance and homework at times.  As a personal injury attorney, I am often asked the following question:  When should an injured child return to school following the accident?  There really is not one answer that adequately answers the question. Certainly, the parents should discuss the issue of school attendance with the treating physician.  The doctor should work with the parents to help formulate a plan or date for the child to return to school and to other activities.  A child can or should return to school when it is safe to do so.  As long as the child receives medical clearance and is not put a risks for further injury, the child should return to school as soon as is possible and practical to do so.  Another decision that a parent will face will be that of returning to in school activities like physical education and after school or extra-curricular activities like individual and team sports.  A parent should also consult with the treating physician regarding these matters. It also makes sense to speak to the coach and an athletic trainer regarding the return to these activities.  The book titled – The ABCs of Child Injury – Legal Rights of the Injured Child – What Every Parent Should Know – has chapters on Automobile Accidents, Medical Bills and Treatment, and other topics.  You can get this book for free at The ABCs of Child Injury.

It has been said that good weather may increase a risk of injury to children. The B.C Children’s Hospital and B.C Ambulance Service have recorded a list of summer safety tips for parents and caregivers.

END_OF_DOCUMENT_TOKEN_TO_BE_REPLACED

Las Vegas is well known for gambling, bright lights, Wayne Newton, and show girls. It also has been listed as one of the most dangerous cities for pedestrians. According to a national study, Las Vegas is listed as the sixth most dangerous metropolitan area for pedestrians. Over 400 pedestrians have died between the time period of 2000 and 2009. The study was completed by Transportation for America which is an advocacy group based in Washington, D.C. Statistics are collected and analyzed but it should be pointed out that a pedestrian is at risk in almost every city and town in the United States. While drivers should yield to pedestrians and bicyclists, many motorists are in a hurry to the destination and / or are distracted by mobile phones, texting, eating, and other activities that can make it dangerous for pedestrians and bicyclists in or near the roadways. See Las Vegas, Nevada – 6th Most Dangerous Metro Area for Pedestrians.

Do bicycle helmets make a difference? Should a child wear a bicycle helmet every time that he or she rides a bicycle? Is the price of a bicycle helmet worth it? Should every parent or child care provider make sure that a child wears a bicycle helmet? The answer to all of these questions is YES. A bicycle helmet is an important safety measure that should be used every time that a child gets on a bicycle whether it is for a simple ride in the neighborhood or a longer bicycle ride. In Maricopa, Arizona, officials with the fire department reported that a boy was airlifted to a local hospital after suffering a bicycle riding related accident. The boy was knocked unconscious as a result of the incident. It was reported that the boy fell off of his bicycle to avoid hitting a van. A spokesperson with the Maricopa Arizona Fire Department reported that the boy avoided more serious personal injuries and more serious head injuries because the boy was wearing a helmet. See Maricopa Arizona Fire Department – Bicycle Helmet Saves Boy from Serious Personal Injuries Resulting from Bicycle Helmet.

Parents, teachers, day care providers, babysitters and other adults supervising children should always require children to wear bicycle helmets. There should be no exceptions whether the bicycle ride is short or a long one. Serious accidents or injuries can happen right in the child’s driveway. It is important for a child to wear a helmet – it is also important for a child to wear a properly fitting helmet. If a child wears a helmet that is loose and does not fit, the helmet may have limited to no effect on preventing serious head injuries and brain injuries. You can read valuable tips about bicycle helmets at Easy Steps to Properly Fit a Bicycle Helmet – National Highway Transportation Safety Administration.

When a child is on a bicycle, tricycle, skateboard, or other riding object, a helmet should always be worn. Whether it is just for a short ride in the driveway or a longer ride, children should always wear a helmet. It has been reported that approximately 135 lose their lives from bicycle related injuries every year. Over 260,000 bicycle injuries are also reported annually. Many injuries can be reduced or prevented with the proper and consistent use of a bicycle helmet. Parents, babysitters, teachers, day care providers, and coaches should make sure that children wear helmets. Don’t make any exceptions to this most important safety rule for children. See Bicycle Helmets Reduce Injuries – Proper Uses and Wearing of Bicycle Helmets.

Governor Ritter of Colorado was recently in a bicycle accident that caused several broken ribs. After his own experience with a bicycle injury, he is throwing extra support behind a bill that would require Colorado kids from ages two to seventeen to wear a safety helmet when riding a bike, roller blades, or skate board.