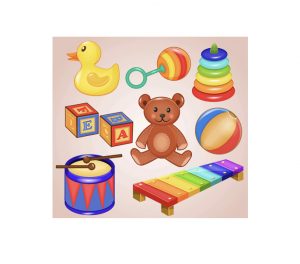 In California and other States, children are supervised or placed in a child care setting at a gym, fitness facility, and other “non-traditional” location. In California, licensing is not required for many of these so called child care programs.  As such, there is limited to no oversight of the child care program, facilities, and training.  This, in turn, may put a child at risk for personal injuries while being supervised, placed, or merely just physically present in the “child care” part of the gym, fitness facility, and other “non-traditional” location.  Even without the imposition of the state mandated and controlled day care center regulations, gyms, fitness facilities, and other locations still have duties of reasonable care when such locations take on the responsibility for watching or supervision children.

A Bay Club fitness facility in San Francisco, California, currently awaits trial for this very issue. Two years ago, a young boy suffered a head injury when his mother dropped him off at a childcare center in this health club. The childcare worker at the facility did not see the injury occur, but the children who witnessed it said, “Roman ran into the window and fell down.” As a result of the injury, the young boy is now undergoing speech therapy, occupational therapy, physical therapy, as well as post-traumatic stress disorder therapy. See Exclusive: Bay Club in San Francisco  Faces Trial After Child Injured.

END_OF_DOCUMENT_TOKEN_TO_BE_REPLACED 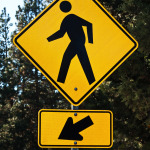 Halloween is a wonderful tradition for most children in most neighborhoods.  It is a magical night for most who venture out to knock on doors to get free candy.  It is a night full of adventure and fun.  Unfortunately for some children and their parents, Halloween marks the day / night when tragedy strikes.   Despite the fact that Halloween always falls on same day of the year and the fact that Halloween is a well known tradition filled with child pedestrians and trick or trickers, there are still pedestrian accidents, personal injuries, and even deaths that take place on Halloween.  With a long standing tradition of trick or treaters, Halloween is a magical night but also a very dangerous one.  It can be quite a challenge to drive a vehicle in any residential or commercial area on Halloween night.  It is important to drive with the utmost of caution.  Drivers should not just obey the speed limits and local traffic regulations. Drivers should drive well below the speed limits and be on the look out for children.

END_OF_DOCUMENT_TOKEN_TO_BE_REPLACED

In California and other States, parents rely on day care centers, schools, after school programs, camps, and gyms for child care. In most instances, the children are supervised in a caring environment. Depending on the State, size, and location of the child care facility or program, the child care center may or may not be required to have a day care license by the applicable licensing authority.

END_OF_DOCUMENT_TOKEN_TO_BE_REPLACED

In California and other States, parents enroll their children in athletic and youth sports programs. Most volunteers and coaches truly have the best interest of the children in mind when coaching, teaching, and mentoring the children enrolled in the sports program. Children enrolled in youth sports programs often learn valuable life and social lessons in team work, problem solving, strategy, and sportsmanship. Unfortunately, some coaches (especially ones in competitive athletic programs) go “over the line” when attempting to build winning teams.

END_OF_DOCUMENT_TOKEN_TO_BE_REPLACED

As parents, we do our best to protect our children. We may sure that they go to school, look both ways before crossing a street, wear bicycle helmets, stay away from strangers, and otherwise keep safe at all times possible. Unfortunately, despite all of the work and good efforts of parents, there is one danger (among others) that seems to be present in virtually every community that we as parents cannot fully prevent or avoid. This danger is that of the drunk driver.

Throughout the community, children can be at risk for simply being a passenger in a vehicle, bicyclist, or pedestrian. The risk is magnified any time that there is a drunk driver on the road. When a child is injured as a passenger, pedestrian, or bicyclist as a result of the negligence or fault of a drunk driver, a claim or case can be pursued seeking compensation for the accident related personal injuries.

END_OF_DOCUMENT_TOKEN_TO_BE_REPLACED

In California and other States, children are at risk for serious injuries and even wrongful death as a result of poor supervision and improper bedding at a day care center. One would think that a child would be the safest when confined in a bed or crib during nap time or sleep time at a day care center. Unfortunately, a supposed place of safety can often times be a trap or danger zone for a child at a day care center. This is especially true when the crib and bedding contain items that can cause or lead to the suffocation or asphixation of the child. Because of these risks, it is vital that day care center operators and workers are trained as to what is proper bedding and items be kept in a crib and more importantly – what should be removed from a crib. The bedding and items in a crib should focus on safety rather than aesthetics. While a cuddly stuffed Teddy Bear may look quite cute in a crib, this very item can and does lead to serious injuries like the suffocation of a child. Keep stuffed animals out of cribs. It is also important that the sheets be properly fitting and that strings or ties be kept out of the crib area.

END_OF_DOCUMENT_TOKEN_TO_BE_REPLACED

By Scott A. Marks, Attorney and David Wolf, Attorney

With dog ownership comes responsibility and in some instances liabilty for dog bite related injuries to children. Every year thousands of children are the unfortunate victims of serious personal injuries resulting from dog bites and dog attacks. Whether the dog is a large, aggressive bred dog or now, a dog bite incident can have devastating and life altering effects on a small child. In some instances, the child even tragically dies as a result of a dog bite, attack, or mauling. Some dog bite incidents involve a family dog while others involve stray dogs. Either way, the aftermath of serious dog bite attack can be quite difficult for the child and the parents.