In Illinois and other States, parents rely upon day care centers to provide a safe, nurturing environment for their children during the busy work day. For most children on most days, a day care center provides proper supervision to keep the children safe and out of danger. Unfortunately, there are days (far too many days) when a child is injured while under the so called watch of a day care center. 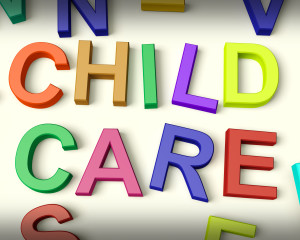 Corporal Punishment – Against the Law in Illinois Day Care Centers

END_OF_DOCUMENT_TOKEN_TO_BE_REPLACED

In Missouri and other States, parents rely on day care centers to provide reasonable and secure supervision so that parents can attend to their jobs and other commitments.  Unfortunately for some infants and children in day care centers, their needs are neglected to the point that serious personal injuries and even death result while in the day care center.  One commonly overlooked time of danger involves nap time or sleep time at the day care center.  Infants are at risk for injury while in nap time or sleep time.  This statement should be repeated and bolded.  Infants are at risk for injury while in nap time or sleep time.  For children under the age of 2 years old and other children needing special assistance, direct supervision is recommended due to the risk of suffocation, asphysiation, and / or SIDS (Suddent Infant Death Syndrome) incidents.   In addition to direct supervision, day care centers should take steps to clear the sleeping area of pillows, soft objects, blankets, and any other items that can be a hazard for sleeping infants.   At the beginning of nap time, the sleeping area may be safe; however, all it would take would be another child to toss a simple stuffed animal into the crib or sleeping area to create a hazardous situation.   This is just one reason among many to have direct supervision in place for infants in a day care center during sleep time or nap time.

END_OF_DOCUMENT_TOKEN_TO_BE_REPLACED

In Illinois and other States, children are at risks for serious personal injuries and, in some cases, even deaths from a common household object. Televisions, especially older and heavier models, are placed on dressers or other furniture but not adequately secured or anchored. A curious child can pull on a television set. Alternatively, a child or another person may bump into a television set and cause the set to fall from the dresser or furniture. As a result thereof, a child may end up sustaining serious personal injuries and even death from the weight and force of the television set. Head injuries often result. A traumatic brain injury requires immediate medical attention and care.

END_OF_DOCUMENT_TOKEN_TO_BE_REPLACED

Hazing is an unfortunate act that still continues to take place in elementary schools, middle schools, high schools, and yes, even colleges and universities. In Quincy, Illinois, a hazing incident reportedly took place at Flinn Stadium by some Junior High / Middle School Students. The Quincy Report reported that the hazing incident involved student athletes who were the same gender and same age. Often times, students believe that an act is acceptable if it is a rite of passage. Hazing in any form should not be tolerated by school systems or law enforcement. Just because something has taken place in the past does not in any way give it legitimacy. Hazing is a crime – plain and simple. Of course, with any criminal prosecution, the case must be proven by prosecutors beyond a reasonable doubt and the intent of the criminal Defendant does play a role in the prosecution and defense of the case. The criminal Defendants are entitled to the services of a criminal defense attorney or the services of the local Public Defender’s office. See Quincy Junior High Students Charged with Hazing in Illinois.

In Chicago, Illinois, an eight-year-old girl was tragically killed in a hit and run automobile/ pedestrian accident. Mariela Crisostomo was riding her bike outside her house in the neighborhood when she was hit by a gray or silver SUV. The incident occurred in the 3300 block of West 62nd Place. She was taken to the Advocate Christ Medical Center in Oak Lawn, where she was sadly pronounced dead. According to witnesses, the SUV was driven by a female with a passenger in the front seat. Unfortunately, the witnesses were not able to record the license plate number. The neighborhood residents said that heavy traffic has been an ongoing problem. They have requested the city to install speed bumps or make their street a cul-de-sac, but no action has taken place.

In most cases, the majority of speeders on residential streets are residents themselves in the neighborhood. This has been confirmed through local Police Departments that check addresses of motorists who were cited for speeding. As such, one of the most effective ways to reduce speeding on residential roads is through neighborhood involvement. The best way to raise awareness of speeding issues is through circulating a neighborhood newsletter. In addition to the newsletter, posting speed limit reminder signs around the neighborhood will also raise awareness.

END_OF_DOCUMENT_TOKEN_TO_BE_REPLACED

In one year alone, over one million children will become victims of some sort of child abuse and neglect in this country. An abused child is generally considered to be: “a child whose physical or mental health is harmed or threatened with harm, or by the acts of omission of a person responsible for his/her welfare.”

In Rockford, Illinois a day care worker was charged with sexually assaulting children while working at Tiny Tots Daycare on Chateau Lane. The perpetrator, Kevin Yates, 56 was charged with two counts of predatory criminal sexual assault of a child, three counts of criminal sexual assault and nine counts of criminal sexual abuse. The known victims are a five-year-old and a teenager, but it is believed that more children might be involved. Yates had been working at the day care center in Illinois since 2005, which the Department of Children and Family Services recently shut down. The current charges cover a span of two years. Yates is being held in the Winnebago County Jail on a one million dollar bond and is expected to appear in court on June 9, 2011.

END_OF_DOCUMENT_TOKEN_TO_BE_REPLACED

In Illinois and other States, children are placed in day care centers by their parents with the hope and expectation that the children are provided a safe and healthy environment to learn, play, and rest. Unfortunately, thousands of children are abused and neglected every year in day care centers across Illinois and other States. Some children suffer lifelong permanent personal injuries and other children even die as a result of negligence, abuse, and / or neglect in a day care center. When a child is seriously injured or dies as a result of poor care or abuse in a day care center, a parent also suffers due to the death or injury of the child. There is no greater pain to a parent than the loss of or injury to a child due to an unexpected accident or because of the negligence of another person or day care center. Children are expected to outlive their parents not die at such a young age for no reason at all. In Springfield, Illinois, it was reported that a day care center operator (Cammie Kelly) was arrested and charged with first degree murder for the death of a child who was under the care of the Kelly and the day care center. The incident took place in January 2011 when Kaiden M. Gullidge (11 months old) was taken to a local hospital (St. John’s Hospital) after being observed to be unresponsive. An autopsy later revealed that the the cause of death of the boy was blunt force trauma. A case of this nature will hinge on witness statements and the forensic evidence uncovered at the autopsy. The timing of the injury will be an important issue to address during the criminal prosecution. The defendant will be entitled to the services of an Illinois criminal defense lawyer or the services of the local public defender’s office. An arrest does not automatically mean that there will be a plea deal or a conviction but it appears that investigators and the prosecutor’s office believe there is enough evidence to pursue this case for the tragic death of this small child. For more information, see Daycare Operator Charged with Murder for Death of Child in Illinois Daycare Center.

Recently, a bill was passed by the Illinois Senate, 42-2, that would ban teenagers convicted of rape or kidnapping from schools, public parks and day care centers, as well as join the list of sex offenders. Specifically, the bill would prohibit teenage sex offenders from coming within 500 feet of a school building or park. The bill also establishes a 100-foot barrier for juvenile offenders at school bus stops and forbids them from working at a day care center. However, ten years after completion of their sentences, convicted juvenile offenders are permitted to file for a waiver to be relinquished from the various restrictions, but only after a court ruling. Critics of the bill argue the current law, which allows judges to determine how to handle juvenile sex offenders on a case-by-case basis, is the best solution. Critics also argue that several treatment programs are in existence and these programs have a successful track record of stopping repeat offenses. However advocates of the bill argue this type of law is absolutely necessary to stop incidents like Victoria Larsen from happening. In 1979, Victoria was murdered and brutally sexually abused by a 15-year-old. For more read Illinois passes bill banning teenage sex offenders from schools, public parks and day care centers.

In Chicago, Illinois, the life of a 3 year old boy ended at an amusement park in Chicago, Illinois. The boy was riding a roller coaster called the Python Pit when some how he slipped under the safety bar and fell off the ride near Norridge, Illinois. The Go Bananas Amusement Park was the site of the incident which was investigated by the police department. Interestingly enough, the boy’s twin brother did not fall off of the ride. See Boy Dies After Fall from Chicago Roller Coaster.