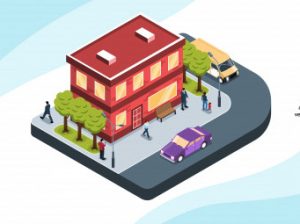 Every year, there are numerous reports of infants or toddlers mistakenly being left in hot cars resulting in their untimely death. Children have mistakenly been left in hot cars usually from their parents forgetting to drop them off by a day care center on their way to work. The temperature inside a vehicle during hot and warm weather months easily escalates to the point that a child dies from extreme heat. One moment of inattention can lead to lifetimes of loss and hurt for families and communities. There are measures that can be taken to reduce hot car deaths; the National Safety Council reported that 51 children nationwide died in 2019 after being left in hot cars. Heat stroke has been named the leading cause of non-crash, vehicle-related deaths in children under the age of 15. Certainly, the overall goal or mission should be an annual report that cites the number of hot car deaths at zero.

In efforts to reduce the number of deaths, Alabama lawmakers are working to pass a bill named after an 11-month-old boy who died last year after being left in the back seat of a car with his sister. The Cash Edwin Jordan Act would require daycares statewide to call a child’s parent or guardian if the child has not been dropped off by 9:30 each morning. This would apply to all daycares in the state, regardless of if they are public or private, and should not be too difficult to implement. The hope is that parents of children who are out for health reasons would give daycares advance notice, making the calling system an easy and efficient solution.

Parents and caregivers can also work to prevent hot car deaths by leaving essential items like cell phones, wallets, or ID cards in the backseat. Adults can also make a habit from checking the back seat of their cars before walking away and by reminding children that cars should not be used for games like hide-and-seek. Car keys should always be out of a child’s reach and cars should be locked at all times. Phone alarms can also be set for a driver’s time of arrival to remind them to check their back seat before leaving.

END_OF_DOCUMENT_TOKEN_TO_BE_REPLACED 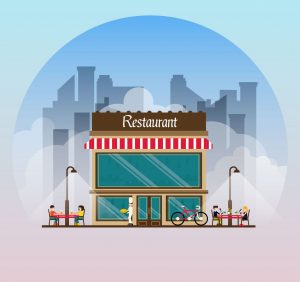 There are common types of personal injury accidents or incidents that take place just about every day in any given geographic region – playground accidents, automobile accidents, bicycle accidents, and day care center incidents.   Then again, there are the not so common incidents that seem to be rare or one of a kind incidents.  Whether an accident or incident is common or rare, the same elements apply to establish a legal case or claim against another person, business, property owner, or government entity.  Here are the elements: 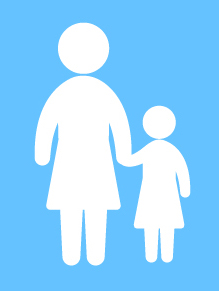 In Alabama and other states, parents rely upon day care centers to provide for the proper supervision and care of the children during the working hours of the parents.  Due to the length of time that a child is at the day care centers, meals and food service are an integral part of many day care centers.  Like restaurants and other food service facilities, it is important for a day care center to proper maintain the food service areas including the kitchen to make sure that all food is properly stored and served during meal times and snack times.
END_OF_DOCUMENT_TOKEN_TO_BE_REPLACED

END_OF_DOCUMENT_TOKEN_TO_BE_REPLACED

In Alabama and other States, children will at times misbehave and disobey instructions by parents or guardians. While it is appropriate to punish punish or discipline a child for bad behavior, it is important for parents and caregivers to recognize and understand that physical forms of punishment can lead to serious personal injuries in some instances the unfortunate and tragic death of a child. It was recently reported that a child died as a result of complications from dehydration relating to punishment that was given to the child for eating a candy bar. The child was forced to run for a three hour time period until the child eventually collapsed from exhaustion and dehydration. Law-enforcement officials have arrested two women who were supervising child at time for crimes related to this incident. See Alabama Girl Dies as a Result of Excessive Discipline. Of course, the women, who were arrested, will be entitled to representation from a criminal defense attorney or the public defender’s office. Cases of this nature will depend on the facts, circumstances, witness statements, and the forensic evidence including the child’s medical records and autopsy and laboratory results.

END_OF_DOCUMENT_TOKEN_TO_BE_REPLACED

Robert Eugene Frost, also known as “Mr. Bob” by the children and parents at a Cahaba Heights, Alabama, day care center, was sentenced to 20 years in prison for molesting a girl at the center. Frost was an employee at Christian’s Day Care and Learning Academy, which closed soon after his 2010 arrest. The 76-year-old man was indicted on charges of sexually molesting 3 girls at the day care center where he worked. A jury convicted him of first-degree sexual abuse committed against one of the children. However, a mistrial was declared concerning the other two girls because the jurors could not reach a verdict. The names of the parents of the victims were not released in order to conceal the identity of the child victims. Under Alabama law, first-degree sexual abuse is a Class B felony, which carries a maximum sentence of 20 years imprisonment. Because the sexual abuse in Frost’s case involved a child, the minimum sentence Frost could have received was 10 years imprisonment. While handing down her judgment, Circuit Judge Virginia Vinson stated she wished she could have sentenced him to a longer term because, she believes, this is one the most heinous offenses a human being can commit against another. For more read 76-year-old day care center worker found guilty of first-degree sexual abuse against a child, sentenced to 20 years in prison.

In Montgomery, Alabama, there was an attempt to abduct a child who was at an Easter Egg Hunt at the Hunter Missionary Baptist Church. The child was abducted and placed into a vehicle. Fortunately, the child was able to escape from the vehicle to the safety of her family and other church members. It is very disturbing that children are not even safe from the predator’s reach at churches, schools, and day care centers. A child abduction can happen at any time, at any place, and on any occasion. Child predators lack any kind of morals and would go to any lengths to abduct a child. You can read more about this story at Girl Nearly Abducted During Easter Egg Hunt in Montgomery, Alabama.

In Alabama, Erica DeRamus attended her prom in a dress that her mother approved and liked. School officials did not like the dress and determined that the prom dress violated the student dress code. Erica and other students were given one of two options for punishment: 1. Three day suspension OR 2. Paddling. Erica choose the suspension while others opted for the paddling. Many parents do not realize it but corporal punishment is still on the books for many school districts in Alabama and other States. To get paddled over a prom dress seems extreme and excessive. Yes, the school district did give the students the option of the two forms of punishment; nevertheless, the punishment seems extreme either way for an issue or debate over a prom dress. You can read more about this story and see a video at the Huffington Post Website at Alabama Student Choses Suspension Over Paddling for Punishment Involving Prom Dress.