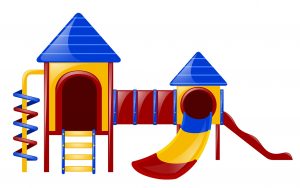 The Oregon State Police believe that two teenage boys drowned after waves swept the boys off a rocking outcropping and into the ocean. According to Lt. Gregg Hastings, the body of 18-year-old Connor Gregory Ausland was found. However, authorities have yet to find 17-year-old Jack Harnsongkram. Both young men are residents of Eugene, Orgeon, and were students at South Eugene High School. Hastings also stated that the two teenagers were visiting the area, near Smelt Sands State Park in Lincoln County, with a group of other teens and adults. A local television station reported that a third teen was also knocked into the surf by the powerful waves but manages to get out safely. Police believe that both Ausland and Harnsongkram drowned. For more details please read Two Oregon teens believed to drown after being knocked into surf by powerful waves.

END_OF_DOCUMENT_TOKEN_TO_BE_REPLACED

A woman of Portland, Oregon, has been charged with more than 20 felony charges after the woman allegedly recorded herself performing sexual acts on a 1-year-old boy. The 24-year-old woman was identified as Inez Lambert. Lambert was arrested after a friend saw 3 separate videos on Lambert’s computer and called the child abuse hotline. The videos allegedly show Lambert performing a sex act on the child. The videos were described by members of the Multnomah County Child Abuse Team as very disturbing. Lambert allegedly sent the cell phone videos to a man who is currently overseas. Investigators are highly concerned that other acts of abuse occurred due to Lambert’s previous occupations. She was a day care provider at LA Fitness and also worked the front desk at a 24 Hour Fitness. Officers are looking into whether Lambert every babysat for other families. The FBI and Department of Justice are also investigating the case. Lambert has been charged with seven courts of sodomy andusing a child in a display of sexually explicit conduct and sex abuse. The man overseas might also be arrested, however that will be handled by the military. To read more on this story please see 24-year-old woman accused of sexual abuse after she allegedly videotaped herself performing a sex act on a 1-year-old boy.

END_OF_DOCUMENT_TOKEN_TO_BE_REPLACED

The National Governors Association has selected Oregon and five other States to help promote and establish higher day care standards. States already have day care standards that address the health, safety, and welfare of the students. For instance, most states, if not all of them, have staff to child ratios for day care centers. In looking to go beyond basic standards, Oregon will be looking at other factors that will improve the day care experience for children. For instance, one such area would involve monitoring how a child retains information during story time. It appears that the day care program or model being considered or implemented by Oregon will look deeper into the day care experience of the child. You can read more about this story at Oregon Looking to Lead the Nation in Raising Day Care Standards.

In Portland, Oregon and many other school districts throughout the United States, there is a good reason to have a fire drill / evacuation plan. Plan and simple, it saves lives. Fire swept through the Marysville Elementary School just prior to Noon on a Fall 2009 day. Fortunately, school staff members and firefighters successfully evacuated every single student from the school. While the historic school sustained heavy fire damage, no lives were lost in this fire. The Marysville Elementary School fire shows how an effective evacuation plan can protect children and teachers as well. You can read about this story at >Students / Teachers Escape Fire at Marysville (Portland) Elementary School.

In Oregon, the Department of Human Services receives and investigates incidents of child abuse and neglect. Like many other states, Oregon has laws in place that define abuse. Abuse is defined by Oregon law by the effect on the child rather than the parent’s motivation.

END_OF_DOCUMENT_TOKEN_TO_BE_REPLACED

In Oregon and other States, parents, at times, use poor judgment when it comes to the supervision of their children. In Oregon, the father of four young children used a dog shock collar on them because he thought it was funny.

END_OF_DOCUMENT_TOKEN_TO_BE_REPLACED

Clackamas County, Oregon deputies arrested Justin B. Blackledge, age 31, for compelling a teen into prostitution, unlawful display of a child in a sex act and several counts of encouraging child sex abuse. Investigators report that Blackledge had a sexual relationship with the teenager in 2007 – 2008. During this time period, Blackledge posted explicit photographs of the teen on a website with the teen’s contact information and a list of her sexual services. There appears to be a good bit of evidence on the internet and elsewhere on Mr. Blackledge. His bail was set at $250,000. It is a shame that teens are exploited in this manner.